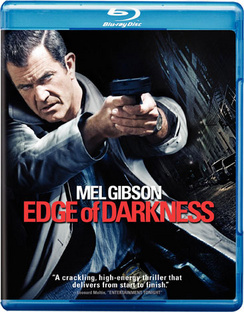 SKU 883929105731
$6.00
In stock
1
Product Details
Year: 2010
Rated: R, strong bloody violence and language
Genre: Suspense, Drama
Runtime: 117
Studio: Warner Bros.
Directed by: Martin Campbell
Starring: Mel Gibson, Ray Winstone, Danny Huston, Shawn Roberts, Bojana Novakovic, Caterina Scorsone, Peter Hermann, Denis O'Hare, Jay O. Sanders, Wayne Duvall
Description: Thomas Craven is a veteran homicide detective for the Boston Police Department and a single father. When his only child, 24-year-old Emma, is murdered on the steps of his home, everyone assumes that he was the target. But he soon suspects otherwise, and embarks on a mission to find out about his daughter's secret life and her killing. His investigation leads him into a dangerous looking-glass world of corporate cover-ups, government collusion and murder -- and to shadowy government operative Darius Jedburgh who has been sent in to clean up the evidence. Craven's solitary search for answers about his daughter's death transforms into an odyssey of emotional discovery and redemption.
Save this product for later
talk2slackers@slackers.com
slackers.com
Facebook