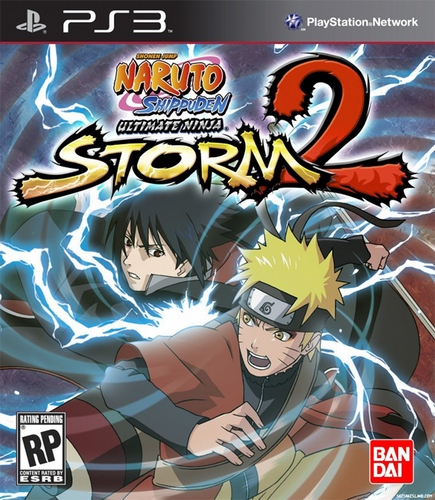 The tornado of fierce ninja action that is Naruto Shippuden returns to the PlayStation®3 and hits Xbox 360® for the first time! NARUTO™ SHIPPUDEN: Ultimate Ninja Storm 2 brings the worldwide hit manga franchise to life in completely new ways. With refined fighting mechanics, a rich story mode with deep replay value, and the first online play ever in the Naruto franchise, the game is nothing less than the most electrifying fighting-adventure game ever.  Leading manga franchise worldwide Interest in the property is higher than ever where vibrant Naruto communities of North American fans flourish  Tremendous 3D battles with over 40 characters Engage in dramatic boss battles using special fighting techniques  Play the game like living inside the manga world Stunning graphics and real time animations show off 18 interactive and destructible levels  Deep three part Story mode than can be played over and over Each mode will allow the players to live the action from the point of view of one of the three main characters, offering completely different experiences  Playable online for the first time Take on the world with your finely honed skills. Includes an exclusive card system which allows players to show their ninja style.