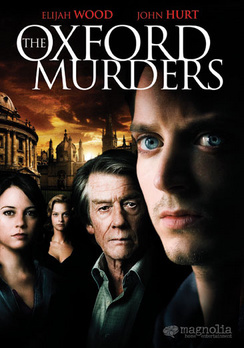 SKU 876964003391
$6.00
Out of stock
1
Product Details
Year: 2010
Rated: R, language, sexual content/nudity and some violence/disturbing images
Genre: Suspense, Crime
Runtime: 110
Studio: Magnolia
Directed by: Alex de la Iglesia
Starring: Elijah Wood, John Hurt, Leonor Watling, Julie Cox, Burn Gorman, Anna Massey, Jim Carter, Alan David, Tim Wallers
Description: A woman is murdered in Oxford. Her body is discovered by two men who meet for the first time at that moment: Arthur Seldom, a prestigious professor of logic, and Martin, a young graduate student who has just arrived at the university hoping to study with Seldom. It quickly becomes clear that this is the first in a series of murders, all of which are announced by the murderer with strange mathematical symbols. Professor and student join forces to try and crack the code and thus begins an elaborate puzzle, in which nothing is at it seems, and the truth is elusive.
Save this product for later
talk2slackers@slackers.com
slackers.com
Facebook