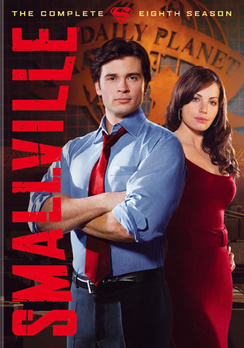 SKU 883929077519
$35.00
Out of stock
1
Product Details
Year: 2009
Rated: Not Rated
Genre: TV Series, Action
Runtime:
Studio: Warner Bros.
Directed by:
Starring:
Description: There's a new reporter at the Daily Planet: Clark Kent, who shares a workspace with Lois Lane. There's a new hero in Metropolis, too. No one knows who he is. But Jimmy Olsen was on the scene of one of the do-gooder's exploits, and he snapped a blurred photo of the hero in superspeed action -- a hero everyone now calls the Red-Blue Blur. Red-jacketed, blue-shirted Clark Kent draws closer to his Superman destiny in the exciting 22-episode, 6-disc Season 8 of Smallville. Another Kryptonian destiny also takes shape. Davis Bloome begins to realize he is Doomsday. His mission on Earth: kill Clark Kent. So many new events (will Jimmy and Chloe's marriage last?), so many new faces (Tess Mercer, Saturn Girl and Cosmic Boy among them!), so many state-of-the-art effects -- so don't miss a single thrill-packed moment!
Save this product for later
talk2slackers@slackers.com
slackers.com
Facebook