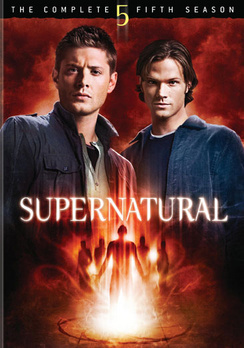 SKU 883929103300
$35.00
Out of stock
1
Product Details
Year: 2010
Rated: Not Rated
Genre: TV Series, Suspense
Runtime:
Studio: Warner Bros.
Directed by:
Starring:
Description: Two brothers and one fallen angel - against all the might of Satan and his army! As the Apocalypse grows closer, threatening to turn Earth into a battlefield soaked with human blood, Sam, Dean and Castiel struggle against daunting odds. New foes arise, including the Four Horsemen of the Apocalypse. Old friends depart, consumed by the fearsome wrath of Hell. Through it all, the Winchesters are targeted by demons and angels alike, who warn that each brother has a special and terrible role to play in the coming devastation. Season Five follows Sam and Dean on their most terrifying journey yet, one that may lead them to the only ally strong enough to defeat the Devil: God.
Save this product for later
talk2slackers@slackers.com
slackers.com
Facebook