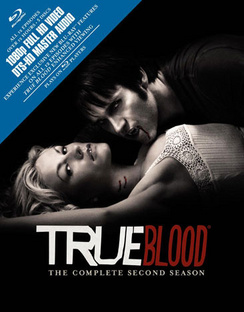 SKU 883929089871
$45.00
In stock
1
Product Details
Year: 2010
Rated: Not Rated
Genre: TV Series, Drama
Runtime:
Studio: HBO Home Entertainment
Directed by:
Starring:
Description: Welcome back to Bon Temps, home to mystery, Southern sensuality and dark secrets. For Sookie Stackhouse, life is more dangerous than ever after she and Bill become more deeply involved. Meanwhile, Tara finds herself in love and under a spell; Sam puts his trust in an unlikely ally; Jason becomes involved with an anti-vampire sect; Eric recruits Sookie to investigate the disappearance of a 2,000-year-old vampire; and Maryann is revealed to possess a power that can control almost everyone in town. Then, after making a shocking discovery, Sookie, Bill, and Sam must form the last line of defense against a diabolical plan that raises this award-winning series to bloody new heights.
Save this product for later
talk2slackers@slackers.com
slackers.com
Facebook